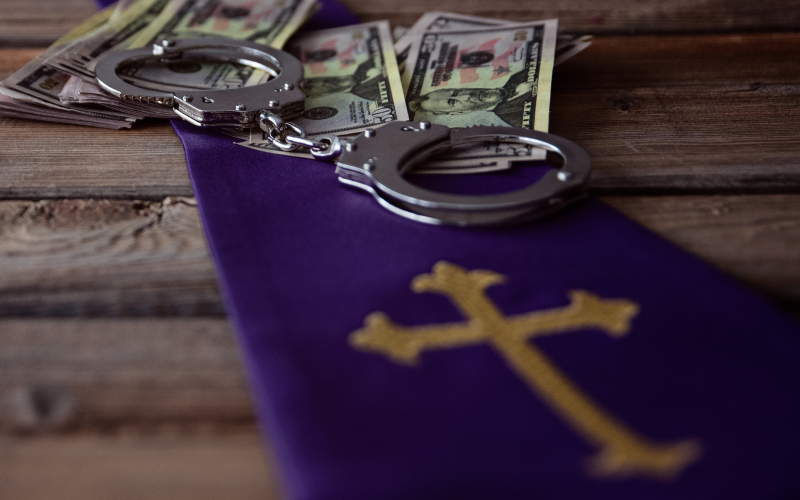 “[W]e are here to exhibit one thing – the absolute captivity of our lives to Jesus Christ.” Oswald Chambers

In my previous blog (Aaron Continues to Bring Disaster on God’s People) I began to explore the abysmal leadership of much of the American church’s leaders during such trying times. Aaron was more than happy to oblige the people’s request to move on from Moses. His attempt to yoke the golden calf to a feast of the LORD cost thousands of Hebrews their lives. There is no evidence in the text that so many deaths attributed directly to his leadership ever fazed him. So it is today.

During the period of transition from Egypt to the Promised Land, there was another “spiritual” leader who had a similar effect on the people. I can’t help but think of him as well when I contemplate how poorly the church is being guided today.

His name was Balaam.

His story is told in Numbers 22-24. When you read those three chapters you come away with the impression that Balaam was a stand-up kind of guy. In short it goes like this:

The Moabite king (Balak), fearing an imminent attack by the Hebrews, called Balaam to come and curse them (“for I know that he whom you bless is blessed, and he whom you curse is cursed” Numbers 22:6). Balaam came but instead of cursing the Hebrews he blessed them (three times). In the fourth and final oracle he went so far as to say a star shall come out of Jacob, and a scepter shall rise out of Israel; it shall crush the forehead of Moab (Numbers 24:17). The story of Balaam ends after that rather simplistically: Then Balaam rose and went back to his place. And Balak also went his way (Numbers 24:25).

You can’t help but admire a guy who stands up to a king, right? Look at some of the majestic words Balaam spoke in his oracles:

Again, Balaam sure sounds like a stand-up kind of spiritual leader.

Then how do you account for three mentions of him in the New Testament all of which are extraordinarily negative?

The first one comes from Peter:

Accursed children! Forsaking the right way, they have gone astray. They have followed the way of Balaam, the son of Beor, who loved gain from wrongdoing, but was rebuked for his own transgression; a speechless donkey spoke with human voice and restrained the prophet’s madness (2 Peter 2:14d-15).

The second from Jude:

Woe to them! For they walked in the way of Cain and abandoned themselves for the sake of gain to Balaam’s error and perished in Korah’s rebellion (Jude 11).

Finally, Jesus Himself weighs in:

But I have a few things against you [church in Pergamum]: you have some there who hold the teaching of Balaam, who taught Balak to put a stumbling block before the sons of Israel, so that they might eat food sacrificed to idols and practice sexual immorality (Revelation 2:14).

No one in the New Testament was impressed with Balaam.

Apparently, neither were the Hebrews that Balaam “blessed.” As Israel fought against the Midianites we are told that they were victorious and killed the kings of Midian. Then this:

And they also killed Balaam the son of Beor with the sword (Numbers 31:8).

People who study the Bible know why. When Balaam saw that he couldn’t get a payday for cursing Israel, he advised Balak to send the Midianite women to arouse the Hebrew men causing them to commit sexual sin and entice them further into idolatry. Twenty-four thousand died for their sin(s) due to a divine plague. Balaam got his payday despite his majestic sounding oracles blessing Israel by using sex as a hook in the nose.

Aren’t those who are leading many Christian denominations doing the same thing?

I was discipled by a United Methodist pastor and became a Christian in a United Methodist church. Over the decades the Moses, Joshuas, and Calebs who led the denomination have given way to a plethora of Aarons and Balaams. Aaron lusted for power and Balaam for money. Both tied themselves to sexual immorality.

The schism in the United Methodist Church is theologically rooted in biblical interpretation and integrity (or lack thereof). But practically it is rooted in sexual immorality. The bishops speak majestic oracles about Jesus, love, and making disciples. But they condone sexuality that Scripture prohibits. All while making six figure salaries.

Jesus addressed something similar. In Matthew 23:15 He said,

Woe to you, scribes and Pharisees, hypocrites! For you travel across sea and land to make a single proselyte, and when he becomes a proselyte, you make him twice as much a child of hell as yourselves.

The kind of disciple you are making is apparently of some importance to Jesus. The hifalutin talk is just a cheap perfume that poorly covers the stench of disobedience and death.

The funny thing about Balaam was that he must have treasured his reputation for being a results-based spiritualist (Numbers 22:6). Yet the old fool who many supposed spoke to all the gods couldn’t see or perceive the angel with the drawn sword waiting for him to get a little closer. But the jackass he was riding on did (Numbers 22:22-35). The irony of that scene is both thick and rich.

This Balaamesque leadership in American Christianity isn’t confined to the United Methodist Church. It spread into pretty much all the denominations (and some non-denominations too). Inspiring sermons followed up with disastrous decisions leading who knows how many to perish (AIDS, monkeypox, and a myriad of other std’s) or become permanently disfigured (transgenderism).

American churchgoers need the inspiring sermons. But we also need voices that aren’t afraid to say Flee from sexual immorality (1 Corinthians 6:18). Aaron and Balaam combined for over 50,000 deaths because people listened to them. I think that is what Jesus was talking about when He spoke of the consequences of becoming a disciple of their progeny.

Spiritual leaders have a penchant for speaking beautifully rich religious pronouncements. That doesn’t mean they have the best interest for God’s people. Balaam had a costly agenda. He may be dead, but his agenda and subterfuge are alive and well in many who lead the church.