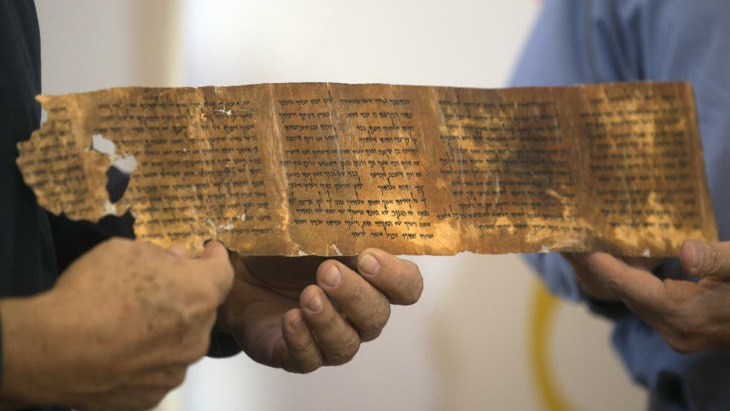 How the Dead Sea Scrolls, considered by many to be the most significant archaeological discovery of the 20th century, speak to Jews in the 21st century.

The Israel Museum is an incredible place, with everything from Biblical artifacts to a magnificent collection of impressionist art. Jewish ritual art, reconstructed synagogues from around the world, prehistoric fossils from the Middle East and installations and exhibits of contemporary artists all live together under one roof.

For me the most exciting display in the museum is the Shrine of the Book where the Dead Sea Scrolls and other artifacts from Qumran are on display.1 During a visit with my children, one of my sons climbed on to a display case (he is Israeli, after all) and called me to come over. He began reading from the Isaiah scroll,2 the oldest extant version of his prophecies, and said to me that he had been studying those verses in school the previous week.

“It’s a miracle!” I exclaimed; my eyes filled with tears. “My son remembered what he learned in school last week!” The real miracle, however, was the fact that a child of the 20th century was able to read a 2000-year-old text fluently, understand the language of the text and was familiar with the rituals, artifacts and places that are discussed in the text.

During another visit to the museum when one of my sons was becoming bar mitzvah and had just begun to wear tefillin, we went to the Shrine of the Book and I pointed out an artifact found at Qumran. It was a square piece of formed leather with four compartments containing small scrolls inscribed in Hebrew. My son looked at it and said, with classic teenage attitude accompanied by rolling of eyes, “Big deal, they’re tefillin.” Think about it. The fact that a 13-year-old boy can instantly recognize a 2000-year-old artifact to the extent that it’s boring to him is incredible. It demonstrates a continuity of an ancient tradition that is alive and well today.

What exactly are the Dead Sea Scrolls? 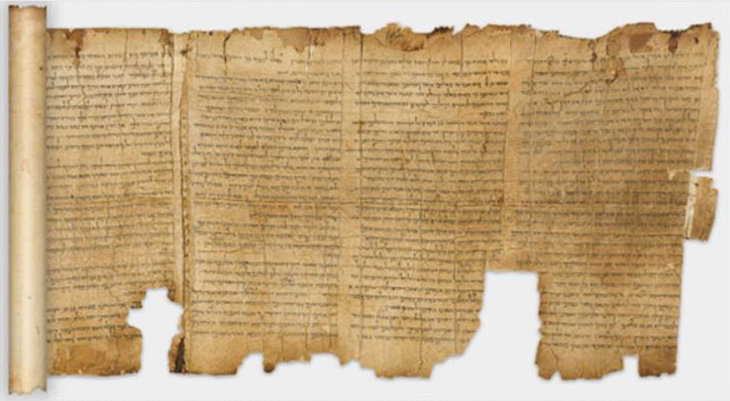 “The Dead Sea Scrolls are considered by many to be the most significant archaeological discovery of the 20th century.”3 They are a collection of scrolls that were the communal library of a religious Jewish community that existed in the Qumran region of Israel near the Dead Sea. Professor Lawrence Schiffman, a world-leading expert on the scrolls, describes them as: “the documents of various groups of Second Temple Jews whose writings were assembled by a particular sect inhabiting the Qumran settlement during the Hasmonean and Herodian periods…”4

“All the books of the Hebrew Bible, except for Nehemiah and Esther, were discovered at Qumran. In some cases, several copies of the same book were found (for instance, there were 30 copies of Deuteronomy), while in others, only one copy came to light (e.g., Ezra). Sometimes the text is almost identical to the Masoretic text, which received its final form about one thousand years later in medieval codices; and sometimes it resembles other versions of the Bible (such as the Samaritan Pentateuch or the Greek translation known as the Septuagint). Scrolls bearing the Septuagint Greek translation (Exodus, Leviticus) and an Aramaic translation (Leviticus, Job) have survived as well. The most outstanding of the Dead Sea Scrolls is undoubtedly the Isaiah Scroll – the only biblical scroll from Qumran that has been preserved in its entirety (it is 734 cm long). This scroll is also one of the oldest to have been preserved; scholars estimate that it was written around 100 BCE.”5 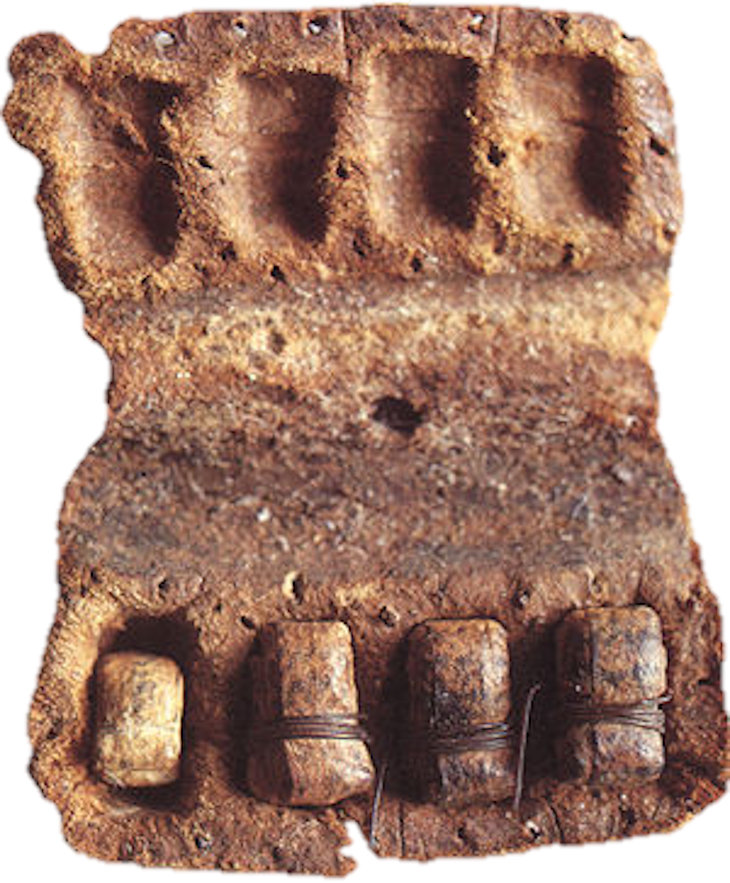 Tefillin from Qumran – note the four compartments and the scrolls

In addition to the Bible, there is correspondence between the Qumran sect and the Rabbis of Jerusalem, an apocalyptic text, “The War of the Sons of Light and the Sons of Darkness,” mezuzahs, tefillin, prayers and calendars, and much more. Although the Qumran community do not appear to be “mainstream” Jews, but rather sectarians [a small breakaway group, who differed somewhat in practice and beliefs from the majority of Jews], they nevertheless clearly identified as Jews, both religiously and nationally. What are surprising are not the differences in text and practice6 but the similarities. The scrolls highlight disputes amongst the Jewish people during the Second Temple Era, however, they also indicate that all the various approaches, “with the exception of the extreme Hellenizers, demanded observance of the Torah’s commandments.”7

The story surrounding the discovery of the scrolls and their return to Israel is fascinating and historically significant. “The first seven Dead Sea Scrolls were discovered by chance in 1947 by Bedouin, in a cave near Khirbet Qumran on the northwest shore of the Dead Sea. Three of the scrolls were immediately purchased by archaeologist E. L. Sukenik on behalf of the Hebrew University; the others were bought by the Metropolitan of the Syrian Orthodox Church in East Jerusalem, Mar Athanasius Samuel. In 1948 Samuel smuggled the four scrolls in his possession to the United States; it was only in 1954 that Sukenik’s son, Yigael Yadin, also an archaeologist, was able to bring them back to this country.”8 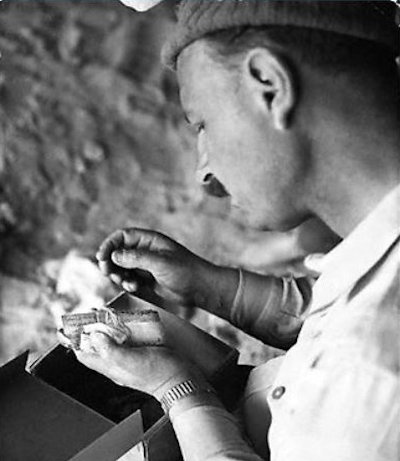 Israeli archeologist Yigael Yadin, seen here with a papyrus document from the Cave of Letters

Yigael Yadin became famous for his excavation of the Masada fortress, near Qumran, that served as one of the last outposts of the Jewish struggle against Roman occupation following the destruction of the Second Temple.9 Yadin was not only an archaeologist, but was a general who was Chief of Staff of the Israel Defense Forces from 1949 until 1952. He published at least one book and five research papers on the Dead Sea Scrolls and was instrumental in bringing the archaeology of the land of Israel into the public consciousness.

In 1963, speaking to soldiers from the Armored Corps who had their swearing-in ceremony at the Masada excavation, Yadin said: “When Napoleon stood among his troops next to the pyramids of Egypt, he declared, ‘Four thousand years of history look down upon you.’ But what would he not have given to be able to say to his men: ‘four thousand years of your own history look down upon you.’10

How do these “Dead” Sea Scrolls speak to living Jews in the 21st century? When we next hear the Torah being read in a synagogue, we can appreciate that the storage and transmission methods of our sacred texts have not changed in over 3,000 years. That is quite impressive, when we consider all the other changes that have taken place during that period. The scrolls of the Torah that we still use are islands of authenticity amid a world awash in artifice. There is a sense of solidity and security in knowing that certain aspects of life, like the Jewish text that is the bedrock of our faith, are constant.

These ancient scrolls of a community living in the Dead Sea region of Israel remind us that Israel is not new, but ancient. As the first prime minister of Israel, David Ben Gurion, put it, “On the 14th of May, 1948 a new state was not founded ex nihilo. Rather, the crown was restored to its pristine splendor 1,813 years after the independence of Israel was destroyed, during the days of Bar Kochba and Rabbi Akiba …”11 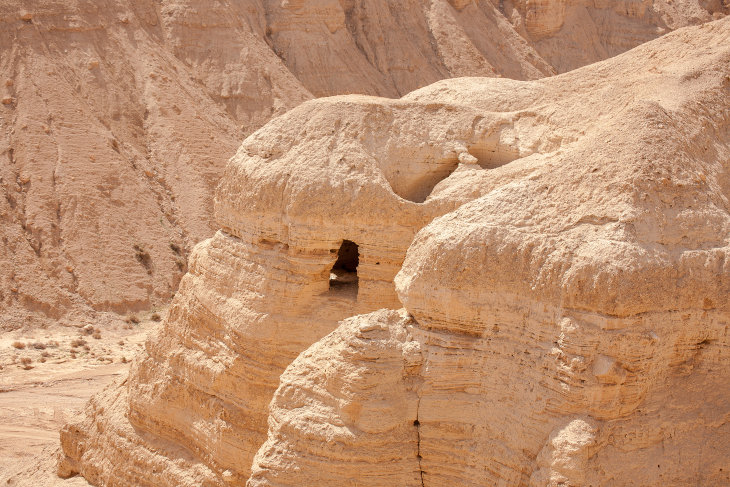 The Caves of Qumran

Here are remnants and artifacts of a Jewish community living in the Israeli desert, near the Ein Gedi oasis, after the destruction of the Second Temple. Here were Jews clinging to their land under the boot of the Roman Empire and clinging to their traditions in a world of chaos and change. They put mezuzahs on their doorposts, as we do; the men wore tefillin every morning, as we do; they immersed in the mikveh, recited the Psalms of King David and read the prophecies of Isaiah. We, the Jewish people of the 21st century, are descendants of the Hebrew-speaking, Jewish, indigenous people of Israel, who wrote the Dead Sea Scrolls.

The verse in Psalms12 states “Truth will spring from the ground…” and archaeology of the land of Israel is a fulfilment of this verse. The Dead Sea Scrolls bring home the idea that the Jewish people’s presence in Israel is not a recent phenomenon; it is a continuation of a broad and deep history of Jewish communities in Israel and that the ancient practices of the Jewish people still live among their descendants.