The Origins of 7 Graduation Traditions 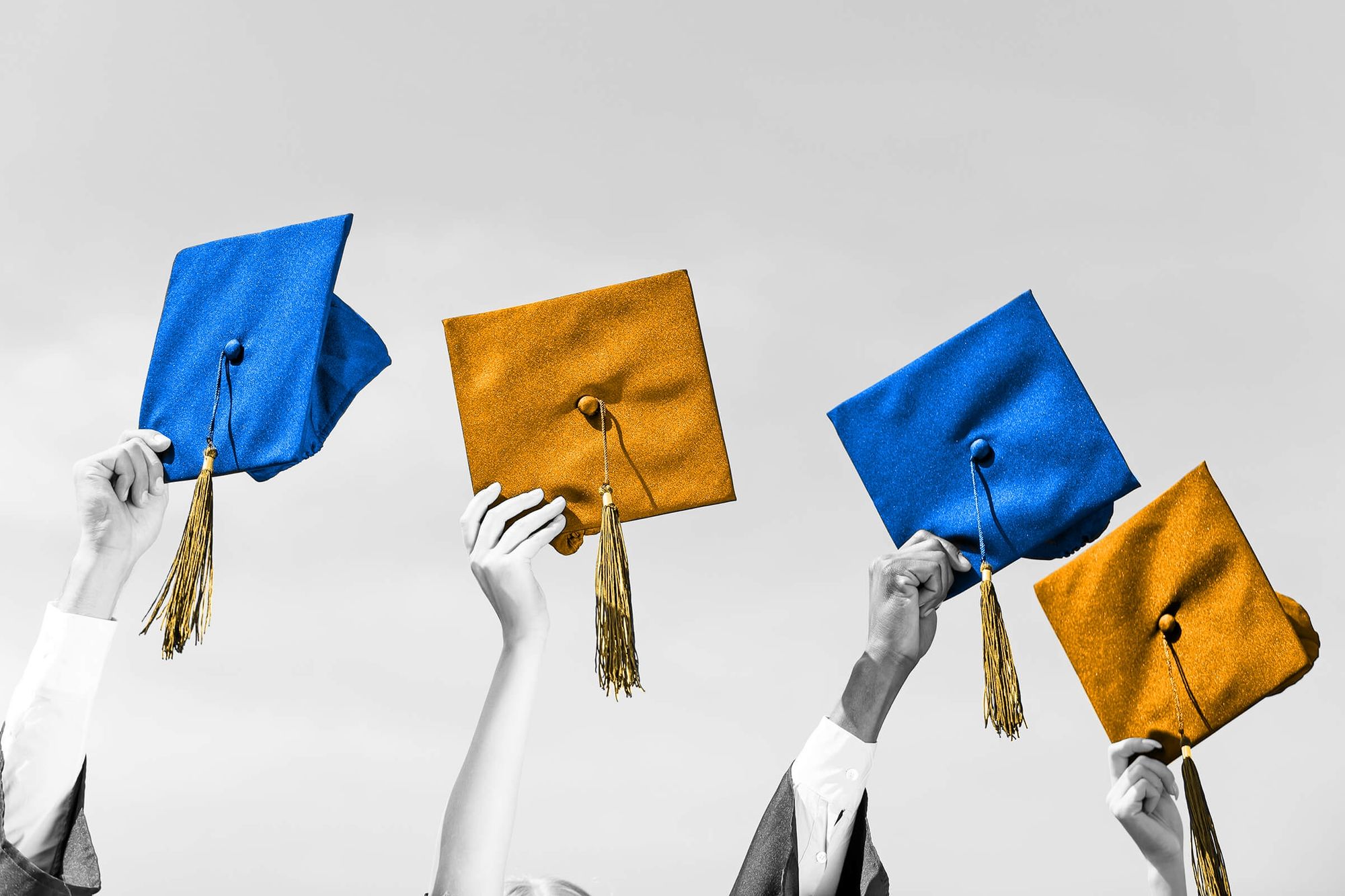 It’s graduation season: A time when students wear awkwardly pointy hats, wrap themselves in a robe, and listen to esteemed strangers tell them to chase their dreams. Here’s how those traditions came to be (and the reason graduates are always marching to that song).

The first universities in Europe weren’t designed for fresh-faced teens straight out of high school. They were for the clergy-in-training. These medieval students would wear robes or gowns, much like the vestments still worn by priests, monks, and other religious orders today (the hoods often helped keep shaved heads warm). While universities are no longer strictly training grounds for religious folk, these ancient garments have remained part of everyday wear for centuries. In fact, at schools such as Oxford, students must pull out the so-called “academic dress” for regular events like exams and chapel. (And in Portugal, some students still wear capes to class — which may have been part of the inspiration for the Harry Potter uniform.)

It’s hip to be square: The mortarboard is another anachronism from the university’s medieval holy days. Back in the 11th century, a newly ordained clergyman would receive a round skullcap called a calotte. As the centuries passed and universities grew to include new areas of study, the headwear stuck around. The hat evolved from a small skullcap to a round and puffy beret (called a pileus rotundus) to a square-shaped hat (called a pileus quadratus, which supposedly saved time and fabric). Four centuries later, the ceremonial square cap — first called a mortarboard in the 19th century for its resemblance to the boards masons used for carrying mortar — remains the graduate’s go-to.

Tassels have been around for millennia, often used as a talisman or a marker of rank. Hundreds of years ago, students at Oxford wore different-colored tassels to denote their social status. The moving of the tassel, however, is a modern tradition. It’s unclear when or why graduates started the practice, but it may be related to “hooding ceremonies,” where a master’s or doctorate student is individually given a hood or stole. (At some universities, the tradition actually called for an entire wardrobe change.) The moving of the tassel may have emerged as a similar practice — a small fashion tweak that symbolizes a graduate’s upgraded status.

It’s not entirely certain when graduates started throwing their caps in the air, but 1912 is the first well-remembered instance. That year, the graduating class at the U.S. Naval Academy in Annapolis anxiously awaited their commission to become officers. Upon graduation, they would be given an officer’s cap and would no longer need the midshipman hats they had worn during their grueling cadet years. (Previously, graduates had to serve in the fleet for two years before getting their commissions, but the Navy was desperate for junior officers, and relaxed the rules that year.) So when it came time to don their new officer hats, the graduating class threw their old ones into the air in celebration, and a tradition was born.

Written by Edward Elgar in 1901, the musical piece famously played during every graduation was actually one of five “Pomp and Circumstance Marches” by the British composer. In England, the tune — which is named for a line in Shakespeare’s Othello — became a patriotic staple after being played at the 1902 coronation of Britain’s Edward VII, with lyrics touting the “Land of Hope and Glory.” The tune wouldn’t become a U.S. graduation tradition until 1905, when Elgar received an honorary doctorate at Yale University. Local musicians played the piece as the composer and the graduating class walked out of the ceremony. Other schools soon started using the tune too, and by the 1920s it was a common graduation theme.

For centuries, it was the student’s responsibility to make their own diploma. The document functioned like a passport, a way to prove that he or she had training in a particular set of skills. If a student wanted a certification of their degree, they needed to hire a calligrapher and then pay their university president to sign the document. It’s not entirely clear which school started to give them out first, but graduates of Harvard College didn’t begin receiving diplomas from their alma mater until 1813. Other schools followed the trend soon after.

Originally, commencement speeches were performed by the students and faculty, not an outside speaker. Students would orate and debate in Greek, Latin, or Hebrew as a way to show off their extensive public speaking training (at one time, it was common for students to be conversant with all three languages). According to a TIME article that quotes Anthony Grafton, a professor at Princeton, the custom “goes with the idea that oratory was one of the central things that students were learning, and one of the central skills of the university.” But as oratory faded from the institutions, outside speakers stepped in to fill the void and provide words of wisdom to new graduates.