The “Twin Peaks” director announced a program to fund transcendental meditation for 30,000 college students around the world. 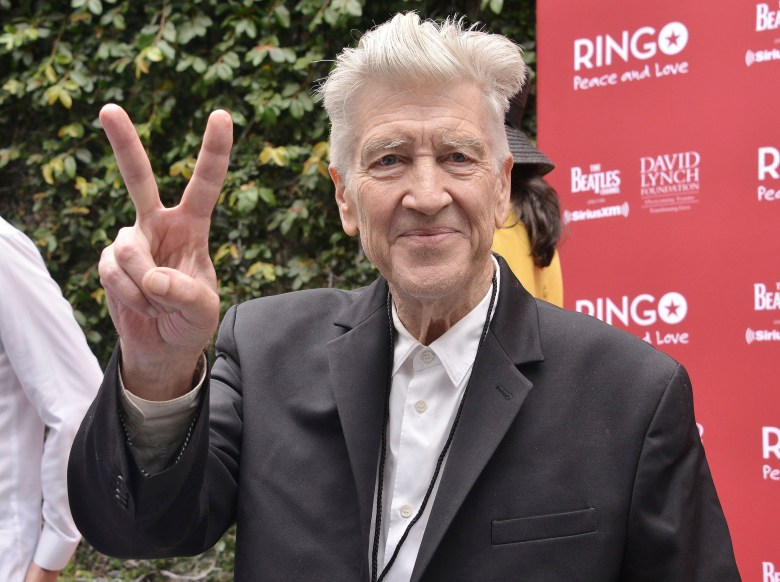 David Lynch may not be premiering a film at Cannes this May, but the acclaimed writer-director does have a new project to announce: a multi-million dollar mental health program.

The “Mulholland Drive” director and David Lynch Foundation founder revealed on April 14 that he is setting up an initiative to fund transcendental meditation training for 30,000 international college students with a goal to encourage the next generation to “become advanced peace-creating meditation experts and build a legacy of lasting global peace,” per a press release.

The program will invest approximately $500 million its first year, in partnership with Global Union of Scientists for Peace.

“We don’t know what tomorrow’s going to bring if we don’t get peace on this planet,” Lynch said in a promotional video, as reported by PEOPLE. “This war in Ukraine, people were saying it’s not going to happen, and now it’s happened. People are dying. Cities are being destroyed. Things are very, very precarious. Everybody knows it.”

Lynch credited Dr. Tony Nader for pioneering the modern transcendental meditation movement and the emphasis on changing the “collective consciousness.”

Lynch continued, “People do many things to help humanity, but this has been going on for a long time. Talking, marching, singing — it’s not brought peace.”

The “Twin Peaks” creator believes that stress and negativity will “start lifting” if more people meditated.

The initiative aims to “not only reduce stress in” the students’ “own lives, but create a powerful force of coherence on a larger scale,” an official description noted.

Dr. Nader said, “David Lynch is not only a brilliant filmmaker — he believes that world peace is attainable and can be achieved. His plan will do what all the bombs cannot do: help us create actual peace in the world.”

Lynch previously addressed Russia’s attack of Ukraine and showed his support for the Black Lives Matter movement during his weekly weather reports.

“In this big picture, in this show we’re involved in, there’s an infinite amount of time, so there’s plenty of time — life after life after life — for you to reap what you are sowing,” Lynch said, advising Russian president Vladimir Putin to “save yourself” with a karmic balance. “Save the Ukrainians, save this world. Start getting along with your neighbors. Start building friendships. We are a world family. There is no room for this kind of absurdity anymore. Get with it. Stop this attack. Let’s work together so that all the countries of this world can come up in peace, get along with one another, and solve the problems that we’ve got together. Let’s get real.”