Driven to My Knees 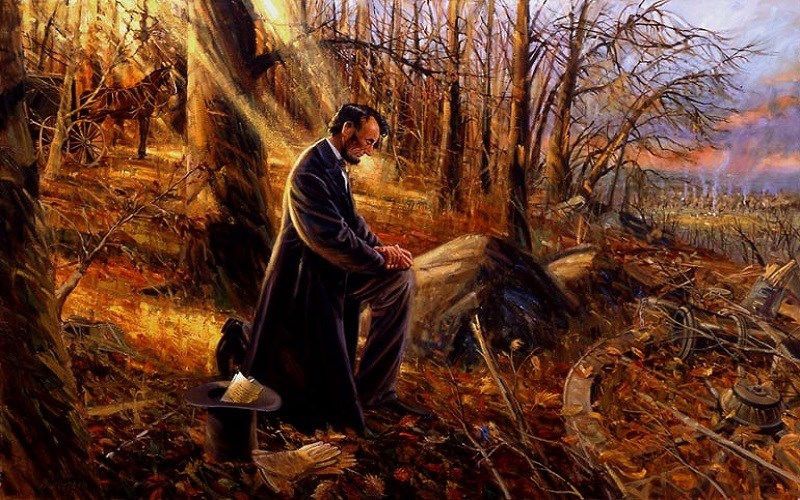 “I have been driven many times to my knees by the overwhelming conviction that I had nowhere else to go. My own wisdom, and that of those about me, seemed insufficient for the day.”

This quote by Abraham Lincoln prompts the question, “Have I been driven to my knees as the issues of our time come crashing in on our nation while the moral and military landscape of the world is changing?” Where else can I go?

John 6 tells us that many of those who were following Jesus turned away from Him.  Looking at the Apostles He then asked, “Will you also go away?” Peter responded, “To whom else can we go? You have the words of life” (John 6:67-68).

While Jehoshaphat was king of Judah his kingdom was being threatened. I’m sure his military advisors suggested that he increase his weapons, ammunition, and his army. But King Jehoshaphat “feared God, and set himself to seek the Lord (2 Chronicles 20:3).”

Pastor, have you been driven to your knees, because your wisdom, preaching, and leadership are insufficient? I would suggest that we boldly preach the Word, but that we do so in humility on our knees before God.

Why not turn some of our Bible studies, small groups, Sunday schools, and even worship hours into times of falling on our knees before God “with the overwhelming conviction that we have nowhere else to go”?

Because of God’s response to the prayers of Abraham Lincoln, the Apostle Peter and King Jehoshaphat, the Union was preserved, the apostles turned the world upside down (Acts 17:6), and the nation of Judah won the battle (2 Chronicles 20:22-24).

King Jehoshaphat prayed “We have no might against this great company that comes against us; neither know we what to do: But our eyes are upon You” (2 Chronicles 20:12).

First Chronicles 10:14-15 says, “The Spirit of the LORD came upon Jehoshaphat…and he said…the battle is not yours, but God’s.”

Again, I ask, “Have we been driven to our knees before God?”

(Editor’s Note: This blog was first posted in September 2015. Bro. Bert’s words remain as relevant and needed today as when they were first written.)