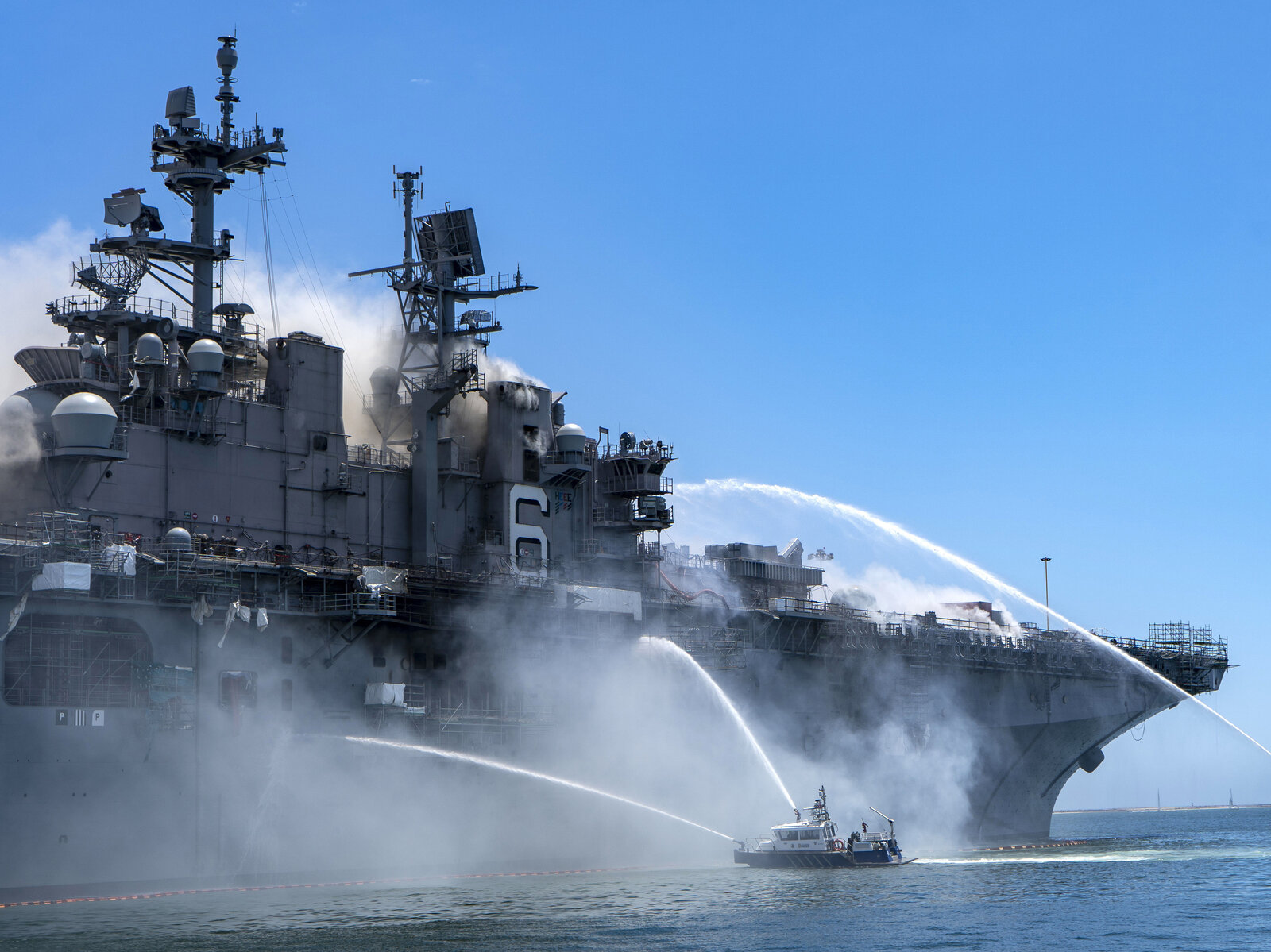 Police boats combat a fire aboard the amphibious assault ship USS Bonhomme Richard at Naval Base San Diego on Sunday.

A fire continues to burn on a U.S. Navy warship docked in San Diego a day after it broke out, injuring at least 57 people and sending giant plumes of smoke into the sky.

An explosion rocked the USS Bonhomme Richard on Sunday morning while in port at San Diego Naval Base. Of approximately 160 people on board at the time, 34 sailors and 23 civilians were injured, according to Naval Surface Forces. 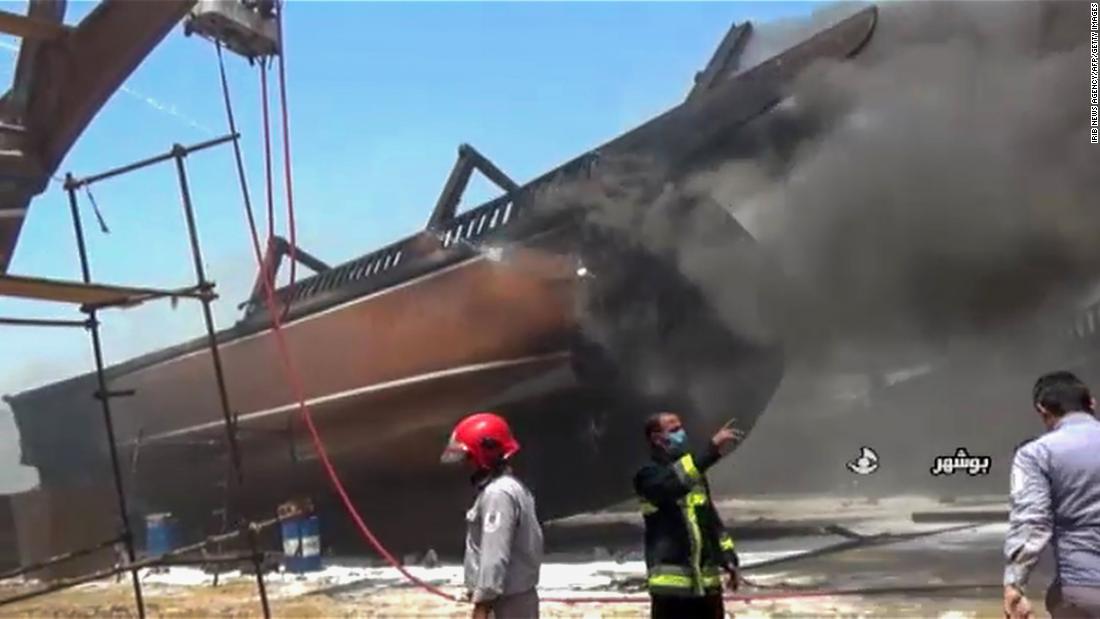 A screen grab taken from a from Iranian State TV IRIB on Wednesday showing firefighters combating a blaze at a shipyard in the Iranian city of Bushehr.

Tehran (CNN)A fire has damaged least seven vessels at a shipyard in the southern Iranian port city of Bushehr, despite the efforts of firefighters, according to state media. 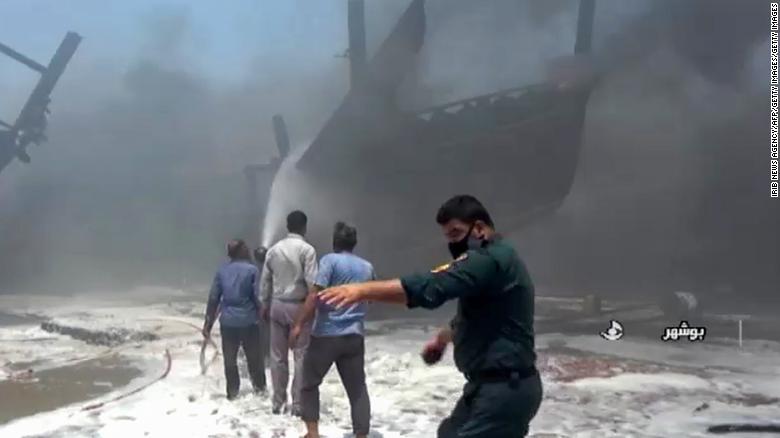 A screen grab taken from a from Iranian State TV IRIB on Wednesday of the fire in Bushehr.
The cause of the fire is still unknown. There were no reports of victims, according to Iran’s state news agency IRNA.
The incident is the latest in a string of mysterious explosions and fires at key locations around Iran, including a fire at the Natanz nuclear complex last week and a blast near the Parchin military development facility in June.
Bushehr is situated on the eastern coast of the Persian Gulf, 430 miles south of the capital, Tehran.
Wednesday’s fire follows another on Tuesday evening in the city of Lamerd at an aluminum factory. The fire was extinguished and no victims were reported, according to the semi-official Iran Labour News Agency.
Authorities are investigating both fires.